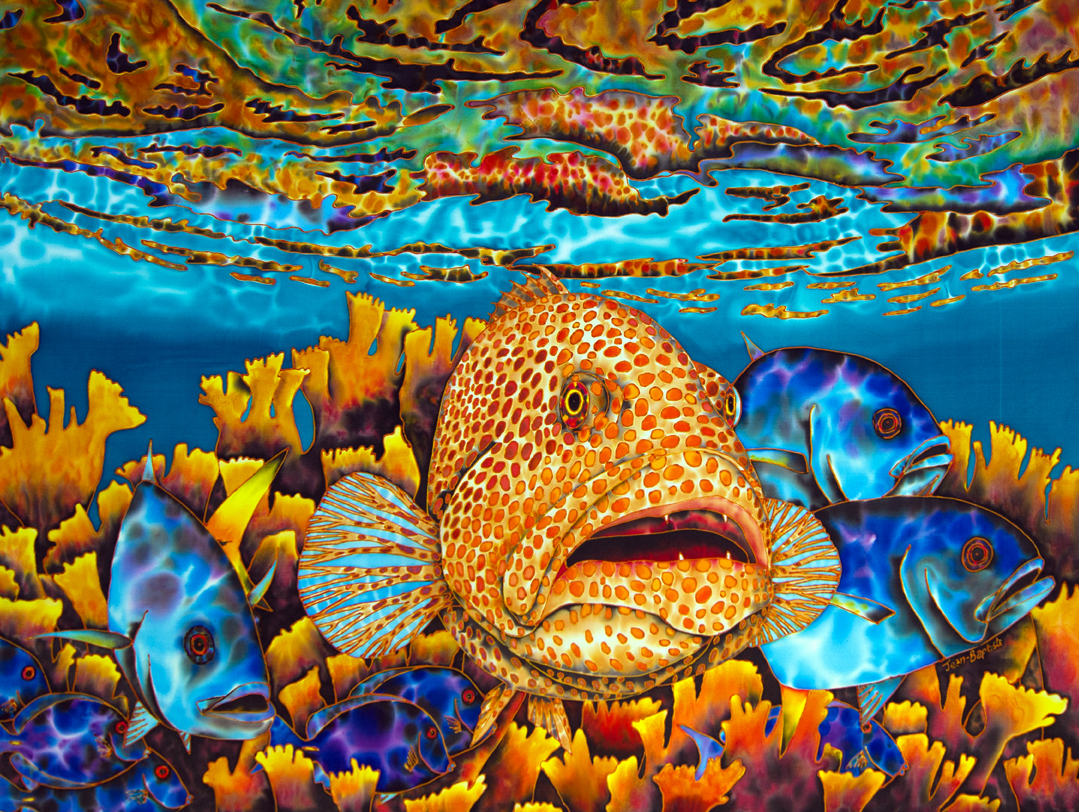 With the ever changing climate due to staggering  industrial carbon dioxide emissions and ever increasing world temperature, the coral reefs of the Carribean Sea are  predicted to disappear within the next two decades due to the  warming of the  sea. I can’t believe that in my lifetime such an extinction as actually happening, and  at such  an accelerated rate. I know that in life nothing stays the same and that clinging to the  past is futile, but in my latest painting, I try to capture the positive energy of that Eden.